After I created a new release of OMGF, I ran git svn dcommit to push my local Git commits to the trunk of WordPress’ SVN repository. Needless to say, it failed: a pre-commit hook on the server rejected one of the commits. Git gave up on me and left me behind. git status said I was in the middle of a rebase. Which I didn’t want at all!

The error message git svn dcommit returned was huge, but it did reveal the commit message belonging to the commit causing the error.

I found Ian Dunn’s solution, but I made a few additions so I could resolve my specific issue: 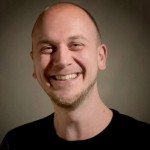